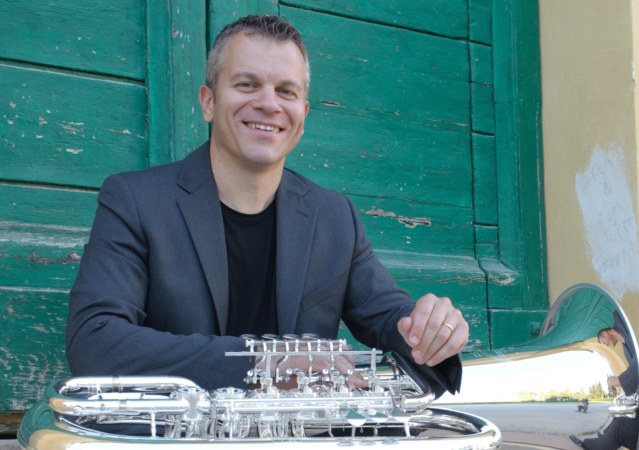 He is Tuba Professor at Conservatorio “C.Monteverdi” in Bolzano/Bozen.

He has performed with many of the most important Orchestras in Italy and Europe like Teatro alla Scala Orchestra , Russian National Orchestra, Marjinski Theatre Orchestra of Saint Petersburg, Mahler Chamber Orchestra, Orchestra Mozart, among others, covering the principal Tuba position with Teatro San Carlo Orchestra in Napoli and Orchestra dell’Accademia Nazionale di Santa Cecilia in Roma; since 2010 he is principal guest tuba with Teatro Comunale di Bologna Orchestra.

In 2009 he produced his first solo recording entitled “Bel Canto”, that collects highlights from italian operas and classical masterworks. In 2017 he released his latest recording for Solo Tuba and Wind Orchestra, “ConcertiItaliani” with three new compositions written for him.

On june 2012 he was awarded the “Premio Vallesina” for the music section, under the high patronage of the President of the Italian Republic.