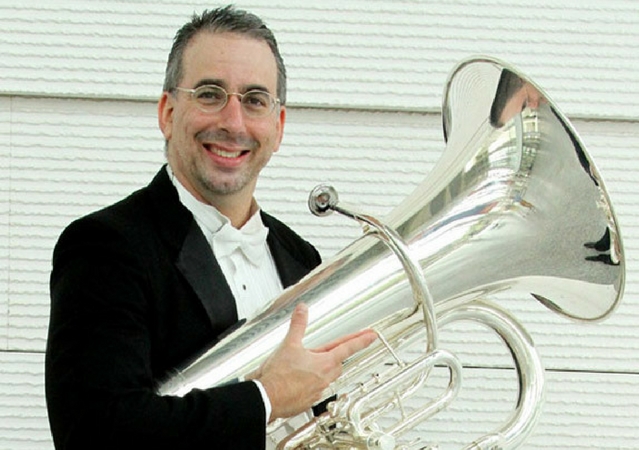 A founding member of the Malaysian Philharmonic, Brett Stemple has served as the orchestraâ€™s Section Principal Tubist since 1998, and since 2004 has served as Artist Faculty at the National University of Singaporeâ€™s Yong Siew Toh Conservatory of Music, where he is also the Head of Brass Studies. Before moving to Southeast Asia, Mr. Stemple served as principal tubist in a number of symphony orchestras in the United States and Mexico from 1990-98.From 1986-90 Brett received conservatory training at the Eastman School of Music, where he graduated with a Bachelor’s degree in tuba performance (with a minor in philosophy), summa cum laude. In the fall of 1994, Mr. Stemple accepted a Music Fellowship from Indiana University to pursue a Master’s Degree with renowned tuba pedagogue Daniel Perantoni. After completing his Master’s Degree in 1996, he continued advanced study with Professor Perantoni, pursuing a Doctor of Music degree in Tuba Performance and Pedagogy. Mr. Stemple completed his doctoral coursework in 2006 and is presently writing his dissertation, the last step towards the completion of his DM degree.Brett Stemple’s solo experiences include featured guest-solo appearances with the Malaysian Philharmonic, Midland/Odessa Symphony, Abilene Philharmonic, and the Texas Festival Orchestra. Mr. Stemple also performs as a chamber soloist including frequent performances in the chamber music series of both the Malaysian Philharmonic, the Yong Siew Toh Conservatory of Music, and throughout Asia.Brettâ€™s interests include: the study of music (all kinds, particularly jazz history), the study of philosophy and comparative mythology, and a passion for sailing, a hobby perfectly suited for exploring the beautiful waters of SE Asia.