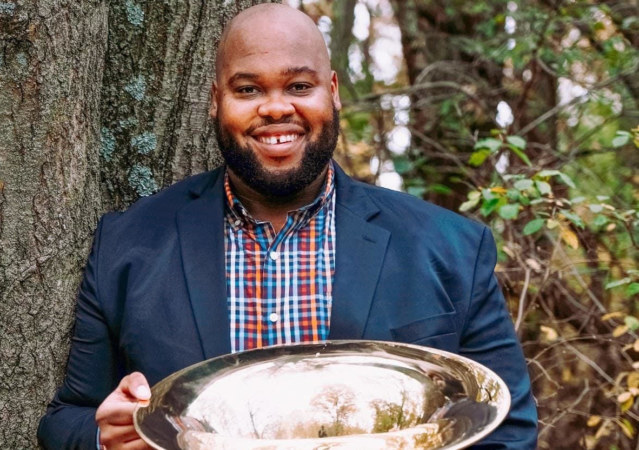 Tubist Jason Tanksley is a performer and educator based in the Twin Cities and is currently the Instructor of Tuba at St. Olaf College. A native of Eastpointe, Michigan, Tanksley graduated Detroit’s Wayne State University, where he studied with Dennis Nulty. Tanksley also holds a Master of Music degree from the Cleveland Institute of Music, where he studied under the instruction of Yasuhito Sugiyama. Recently completing a two-year fellowship with the Minnesota Orchestra, Tanksley studied with members of the orchestra. As a high demand orchestral musician, Tanksley is a frequent guest tubist with the Cleveland Orchestra, Minnesota Orchestra, Detroit Symphony Orchestra, Jacksonville Symphony, Michigan Opera Theater, among other ensembles. As a soloist, he has appeared with the International Symphony Orchestra, Birmingham Concert Band, Wayne State University Symphony Orchestra, as well as its Wind Symphony. Jason is proudly a B&S and Melton Meinl Weston performing artist and clinician.