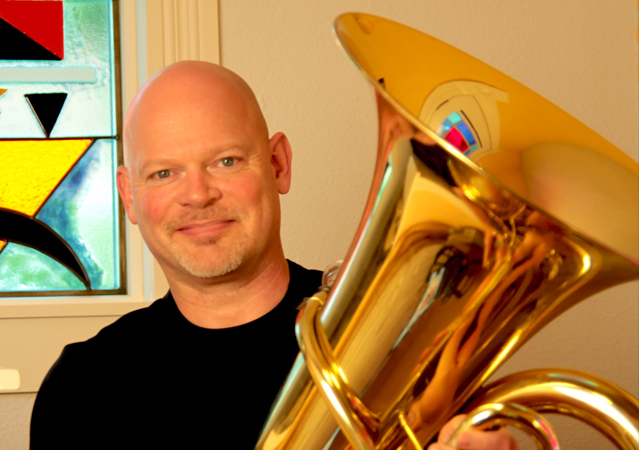 Professor für Tuba und Euphonium an der University of Northern Iowa Dr. Funderburk is Professor of music at the University of Northern Iowa where he teaches tuba and euphonium, and conducts the very popular UNITUBA Ensemble, a large tuba/euphonium ensemble. Jeff is also a member of the Northern Brass Quintet, an ensemble-in-residence at the university which presents numerous concerts and clinics each year. Dr. Funderburk has presented recitals and clinics across the United States at major universities and serves regularly as a clinician at music educatorsâ€˜ conferences and tuba/euphonium meetings. Internationally he has performed in Japan, Germany, Denmark, Hungary, France, Italy and Switzerland. Besides his performances as a soloist, Funderburk has performed with the St. Louis Symphony and Opera Orchestras, the Detroit Symphony Orchestra, the Michigan Opera Theater and the Kansas City Symphony. He has been Principal Tuba with the Cedar Rapids Symphony since 1989 and was Principal Tuba with the Waterloo/Cedar Falls Symphony Orchestra from 1987-1993.Funderburkâ€˜s first solo CD, Passages was released in 1996 by Mark Records. In addition, he may be heard performing on additional CDs from Mark Records, as soloist on REQUIEM with the University of Northern Iowa Wind Symphony and as a member of the professional tuba ensemble, Symphonia. In addition to his performance credits, Dr. Funderburk has authored numerous articles for music magazines, contributed two chapters and was an Assistant Editor of The Tuba Source Book, published by Indiana University Press, and produced three editions of Tuba and Euphonium Reference Guide.Funderburk received the Bachelor of Music degree from the University of Southern Mississippi and the Masters and Doctorate of Music from the University of Illinois. He is widely considered an authority on tuba/euphonium design, construction and repair and produced a video on Tuba Maintenance which is widely used at educational institutions in the US. He assists Meinl-Weston/Melton as an instrument design consultant. www.uni.edu/drfun/FunderburkIndex.html